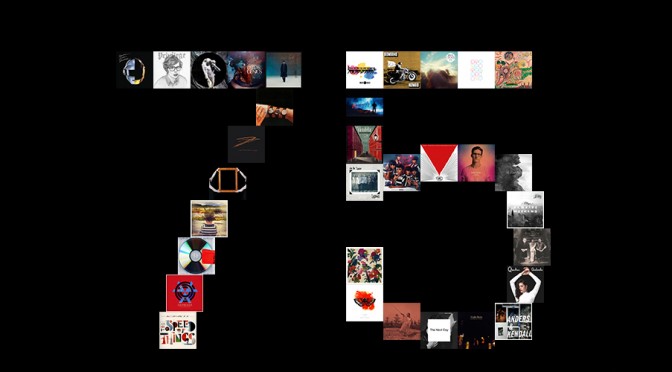 Some have dubbed 2013 the “Year of the Tunepocalypse”.   Others have said the Tunepocalypse has yet to arrive.  Still more have said, “Nobody’s calling it that stupid name, Mike, it’s just the name of your Spotify playlist of indie music from this year.”  Doesn’t matter which dog you have in this fight, 2013 was an incredible year for songs of music, and now comes my favorite part of it – introducing you all to my favorites.

This is the third year I’ve put together a list of my favorite songs from the year. It began with 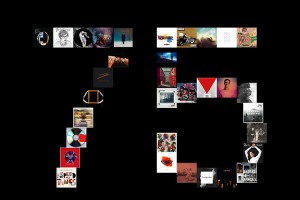 50 in 2011, upped to 60 in 2012, and now the list has climbed all the way up to 75.  I can say, without hesitation, this is the best top-to-bottom list of the three.  Other years have been more top-heavy, but I love every one of the songs on this year’s list like they’re one of the fictional illegitimate children I was just about to write a tasteless and predictable joke about.

Just a quick recap on my rule for the list, in case you’re new to this: I don’t repeat bands.  Sure, I could put 8 Daft Punk songs in my top 30, but I’d much rather expose you to 7 other artists you may not have even heard of.  Plus, I’ll have my Top Albums of 2013 list out shortly, so just relax.  I did kind of bend this rule for one band, but you’ll see when you get to their track(s) that those two songs have to play together, and one of those tracks is, like a minute long, and if you’re really upset about this decision please let me know because it will make me happy to find out that someone on earth is a bigger loser than me besides Minkus from Boy Meets World.

For me, there was a clear-cut #1 song this year, and then just an overwhelming pile of other great songs that fill out the other 74 slots (which took forever to narrow down from 400+ to 125 to 75).  I wish I could have included “Nightcall” by Kavinsky on the list, since it was released on an album this year, but it initially came out via the Drive soundtrack well before 2013, and I ain’t no scab, so it doesn’t qualify.  That would have been the only other competitor for the #1 spot, so I felt like I should clarify that. No? You don’t care in the slightest? Well, thanks for reading anyway.

You’re going to disagree with some things on the list, whether it’s the order that songs are in or the actual sound of them.  You’re going to yell at me for not including Drake (apparently) or Justin Timberlake, be disappointed in how “white” my taste is or say the lady from Rhye’s voice is too sad and that I need help.  Well, guess what.  I don’t want anyone to have the same exact taste as me, I only listened to the Drake album once (so get off my case, Shaun), every JT song this year was 3 minutes longer than necessary, I am white, and the lady from Rhye is actually a dude.  We all hear music differently.

My hope for creating this list every year is to expose you to songs, artists, sounds and maybe even genres of music that you’re not accustomed to.  And hey, if you actually like this stuff, go ahead and check out the rest of the songs I liked from this year, listen to more songs from the artists you liked, and then see them live.  Most of these acts put on $15-20 concerts, and if you like a musician, there’s no better way to support them.

These are listed in order, so start at the top and work your way down to the less important songs.  Now, strap on your headphones (the only way to listen to this) and get to work.