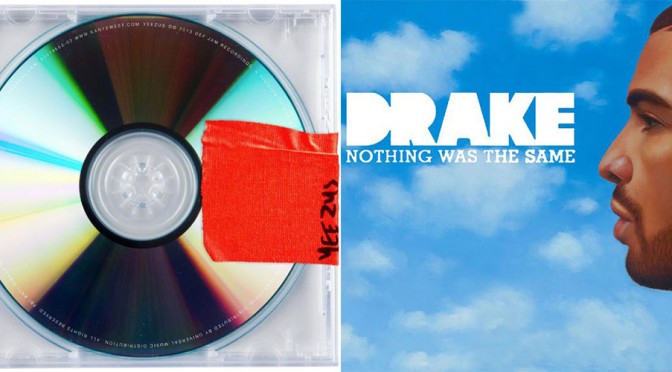 Mike listens to a lot of music, the bulk of which is written, performed or produced by people who have difficulty jumping. Read into that however you’d like, but I’m saying Mike doesn’t listen to very much hip hop. It’s alright, though, while you can read about his favorite songs of 2013 here, Mike’s granted me the pleasure of spewing my thoughts about a collection of last year’s best rap and hip hop songs.

Plus, since it’s Grammy season and the Grammys don’t care about hip hop or music Mike and I truly care about, this is perfect timing.

Now you might be asking, “Hey Shaun, what gives you authority to write about and analyze the quality of music in this genre?”

Easy. Because I used to dress like this in college. This was me during Freshman year of college.

And this was me in the summer before Freshman year, while I was gambling during a high stakes poker game.

Hope that clears things up. Now let’s see this list!

In no particular order…a slew of 2013’s tastiest…

The young upstart from LA teamed up with the seasoned vet from Brooklyn and released the best remix (and one of the most memorable lines) that 2013 had to offer.

Only Mr. Carter could be “sittin’ next to Hillary smellin’ like DANK.”

The intro beat of 2013 to end all other intro beats in 2013. Produced by Lars Ulrich’s stepson and Kanye West. THOSE DRUMS. THEY LOUD.

Tyler, The Creator – “Bimmer” and “IFHY”

Tyler’s favorite song off his album WOLF is one my favorites of the entire year. To appreciate these two songs you have to read into the background. They’re back-to-back on the album for reason.  “Bimmer” is about a dude named Wolf who’s just courted a girl named Salem after flirting with her at a party/campfire session.

(I could write an entire post about these two tracks, by the way).

There’s a catch, though. Salem is dating, or used to date, Sam. He’s a square, as Tyler mildly put it:

“Pop some Tame Impala/Your man’s got a lame Impala.”

Then, Sam pours his heart out all over the ground in “IFHY,” the next song. Tyler’s writing is relatable and uses Sam’s perspective to perfectly illustrate what it feels like to lose a girl near the end of a confusing relationship to another guy. He got burned. Bad.

Bonus points for Frank Ocean and Pharrell Williams crooning on both of these, though.

An introspective track that features Sampha (of Sbtrkt fame) lending his talents to the chorus. Drizzy goes in on his family, fame and anxiety. Never stop being so sensitive, Drake. It’s why we listen to you.

Meanwhile, ever wonder what would happen if you sent Drake lines as texts to your ex? Now you know: http://pigeonsandplanes.com/2013/09/drake-lyrics-text/.

Man, this was one of the most hyped tracks of 2013. Without a doubt. Earl is probably the most gifted rapper in the Odd Future collective–yet easily the most cynical about the industry and his own skills.

Pharrell’s jazzy beat reminds me of theme music for a dude who just hit a prevailing moment in his career. It’s beautiful. And it’s the perfect backdrop for Earl’s “I’m here, bitch; But I’m still humble; And stay the f**k out my personal life” song.

You also can’t go wrong with album teaser clips like this, either.

Chance is short for Chancellor, and this 20-year-old rapper from Chicago is taking charge of his own sound, without question. “Pusha Man” is really two songs in one, with a 20-second pause as the intermission between the two.

His voice is quirky as Hell, and Chance honestly had to grow on me before I appreciated his unstructured flow and cadence. I guess that’s how rap turns out when you’re on acid and craft an album called um…Acid Rap.

This is the song that the Wacky Waving Inflatable Arm Tubed Man would dance to while on Four Loko and a pack of Fun Dip, except the sugar powder isn’t sugar. It’s MDMA (obviously).

It’s also one of the best party beats of last year that you probably haven’t heard yet.

As Rap Genius implied in their synopsis of “Banner Clipper,” Killer Mike and EL-P had Big Boi rap a verse on their song and basically made him irrelevant.

It’s one of the heaviest sounding beats of 2013. And you probably didn’t hear it because it doesn’t have a ‘drop.’ Can this trend die quick in 2014, please? Thanks, music producers.

Some people thought Donald Glover went a little crazy in 2013 because he wrote out a bunch of his feelings about leaving Community on hotel napkins. In typical fashion, he Instgrammed them.

“3005” gives listeners a look into where Childish Gambino is at right now in his life. He’s like you and me. He’s doesn’t know what he wants to do. He wants to make a difference and feel important, but is damn unsure of what the future holds.

He should be alright, though. Gambino’s showing his multi-faceted talent with an awesome and peculiar promotional plan for his album, because the internet. It includes a supporting screenplay, mini-movies, mansion concerts in select cities and a late night TV show performance in short shorts, moccasins and loose crew neck t-shirts. Holler.

The best thing about the digital promo plan is how subtly the story is integrated throughout. Gambino raps in “3005” about feeling lost in a house full of his closest buddies, a direct nod to his mini-movie where he finds himself all existential in an LA mansion that he’s staying at with friends. The mansion is owned by velociraptor Chris Bosh. Fun fact.

The minimalist baseline notes to “New Slaves” are chilling. The production is light, yet powerful. We can thank Reducing Rick Rubin for that.

Then there’s the squeaky vocal sample that comes after the second verse before the Frank Ocean outro. It’s the same one used throughout “King Push.” Another simple addition to a song that sounds complex and ordinary all at the same time.

The late Lou Reed loved Yeezus. He wrote about it in July 2013. Even Noah Gallagher and his curmudgeonly British attitude liked it.

I liked it. A lot of people hated it, just liked they hated 808s & Heartbreak when that first came out. But look how that album influenced hip hop in the years after its release.

West is a heel in the truest sense. A huge one at that. That’s part of the reason why he spent time making Watch the Throne with JAY-Z. He wanted to learn how to be me more likeable in mass media. To be more of a baby face.

Kanye doesn’t define himself as a rapper. If he’s not a rapper, he’s not just a musician either. On The Arsenio Hall Show, Donald Glover said that rappers don’t really want to be rappers. They always want to be doing a little bit of something else, whether it’s acting, art and design or maybe even coding.

I thought what Glover told Arsenio in that interview sums up Kanye to the fullest. As he’s shown in recent interviews, dude just wants to focus on his fashion lately and build the next mega brand like Apple or Nike. We’ll see about that.

Kanye didn’t drop a proper freestyle when he went on Sway’s radio show near the Thanksgiving holiday. He feels like he has a bigger purpose and owes society something bigger than music. Let’s hope that West declining Sway’s freestyle offer isn’t a sign that he’s losing sight of the music — the dancehall, punk, metal, rock, rap, pop, trap and R&B.

The music is why we put up with West’s personality in the first place. Without that passionate, strong personality the music wouldn’t be the same, though. He wouldn’t have that drive to push boundaries. They need each other.

“New Slaves” is about dedicating yourself to a passion. In the case of Kanye, his current passion is the fashion world. It’s also about us, as consumers, buying into the brands we like to outwardly reflect who we are as people.

That’s the great thing about the minimalism of the “New Slaves” production. It gives the song’s message room to properly surface. The message of following your passion. Living it. Breathing it. And working for the hope that your creative vision–whatever it may be–will someday be free to see the world.