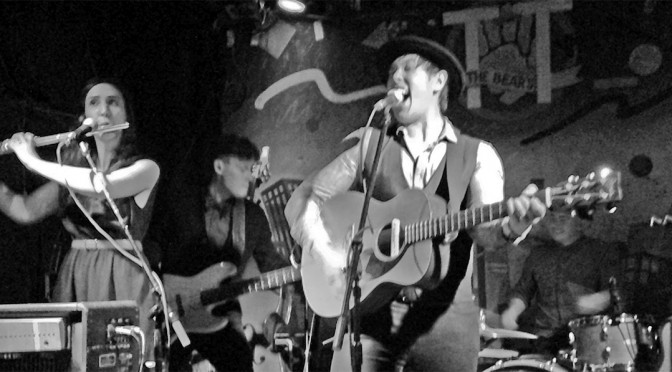 2014 may be atop the “most insane year of my life” list, finally eking out the year I punched a gas station attendant, dressed as the Easter Bunny, in the stomach for not giving me an egg out of his basket. Whatever, he deserved it. Five weddings, three destination bachelor parties, another New Orleans Jazzfest, a Manniversary road trip from Boston to Colorado, a failed attempt to court a news anchor, and countless Cheez-ITs later…this is the soundtrack to the end of my sanity. These are my 100 favorite songs from 2014.

Okay, here’s the run-down. Every year I listen to a stupid amount of new music. I marked over 400 2014 songs that I liked this year (you can see that playlist here), and realistically I probably listened to well over 2,000 new songs over the course of the year. These are my favorites. You’re not going to agree with them all, and there’s a very good chance you don’t know most of these songs…or even bands. Don’t be afraid; you’re going to walk away from this with a few new favorites, I guarantee it. It may just take a few minutes to get there.

There are a few oddities to make note of this year…

Per usual, I only allow myself one song per band (okay, don’t harp on the Röyksopp thing – one’s from a solo effort, one’s from a collaboration album…get off me, man). Much like with Daft Punk last year, the band that produced my #1 song this year would have had almost their entire album in the list if I didn’t set those rules. I want folks to discover new things, just as I’ve spent my year doing. And that’s why I latch on to a lot of these songs – they’re something new, something different, even if that interesting piece just lasts for a few seconds.

And if you like what you hear, go buy some of these bands’ tunes, or heck just go see them when they’re in town. Most of these acts cost $20 or less to see anyway, which is stupid because an intimate show with an up-and-coming band who just put out their best album is significantly more valuable than a $100+ stadium ticket for bands decades past their prime. Alright, that was kind of a misplaced tangent, but you get the point – go see these bands next year if they come around.

Alright, here we go – from opening bands at free concerts to the biggest musicians in the world to random suggestions from coworkers and a few podcasts in between – these came from all over the place (and obviously my own discoveries as well). Enjoy the emotional and stylistic rollercoaster. They’re listed in order from 1-100, but I’d start at the bottom and work my way up (just open it in Spotify and sort by the Added column).