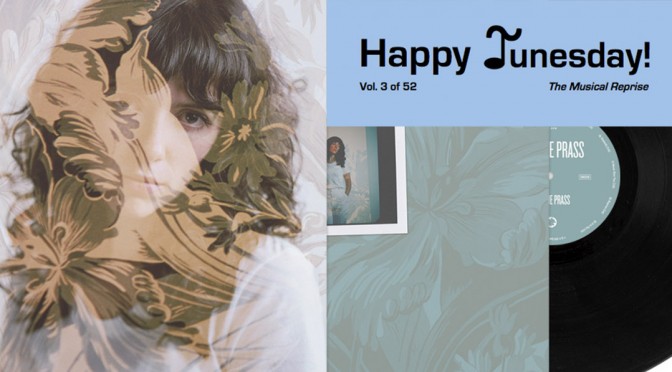 It was a pretty fascinating week in the life of yours truly (it wasn’t), filled with countless women (dudes), extravagant feasts (late night hot dogs), and wild adventure (started watching Bob’s Burgers).  And what was the soundtrack to that week?! Who cares? We’re talking about something totally different in this week’s edition of Tunesday – the reprise.

Friday night I found myself in a magical oasis – a mysterious half-alley in Fort Point that looks like 12 Dr. Seuss books threw up on it. My friends were there, pleasantly parked on eccentric benches and accepting the puzzled looks shot their way by passersby (why, what’d you do with your Friday night?). We were meeting to get dinner at Row 34, which was absolutely fantastic (I don’t love seafood, but their warm butter lobster roll is silly…might have something to do with the pound of butter it’s soaking in).  After a few drinks and some dessert oysters (get on our level), we went our separate ways.

I always throw my headphones in while I’m walking.  I listen to a podcast, I throw on a new album, whatever suits my need at the time.  I figure, I’m typically not spending any time during my day learning, so it’s the perfect time to soak in some knowledge via podcast.  But not this night.  No, this night I went back to an album I heard earlier this year to see if I missed any gems. “What better album to listen to as you walk the streets of Southie past the drunk zombies stuck in Chinese food tractor beams than Natalie Prass’ full-length debut?” I thought. And amongst the gems I found on my second listen (never listen to an album just once if you like something you hear, I say) was a gem I already knew…but in a different way.

So here’s the gem I knew (full disclosure: it’s one of my favorite songs of the year, and I have no issues saying that, regardless of my gender, marital status and sexual preference):

Great tune, right? (I don’t care if you agree)  Well, wasn’t I surprised when a few songs later I heard that song again?  No, the album wasn’t on shuffle.  I’m not sure how it passed by me the first time through, but Miss Prass includes what’s called a reprise of “Your Fool” in the midst of her album…and she calls it “Reprise,” too, just incase you’re listening passively like your idiot host here and breeze past it without noticing.

Now I have two versions of the same song I can love (to be honest, I’m not sure which I enjoy more right now).  So it got me thinking – what exactly is a reprise?  For starters, I can tell you it’s pronounced “re-preese,” not “re-prize,” as some unnamed author may or may not have thought for 20-something years (every instance of my Dad pronouncing a Latin American baseball player’s name just flashed before my eyes as a glimpse into my future).  A reprise in music is essentially just a shout-out to an earlier sound.  I feel like there could/should/probably are much stricter rules to qualify as a reprise in music, but that’s pretty much it.  It can be a totally new version of a song, it can be a clip that throws back to an earlier theme – whatever you want, really (and no, overtures don’t count – otherwise this entire post would be about The Who’s Tommy…and probably a good deal about Quadrophenia, too).

In my mind (here’s where I start to speculate with complete abandon), there are three reasons to do a reprise: to offer an alternative (what if…?), to show additional perspective (but also), or to continue the story past its conclusion (and then…).  What made Natalie Prass do a reprise of “Your Fool”? I can only speculate there, but to me it certainly falls under the first category.  She’s clearly telling the same story and probably even talking to the same person – but this time she’s more mature, relaxed and dramatically defiant.  Or maybe you take it in a different direction and interpret the slower pace as a sign that she’s defeated now, reduced to the bare bones of the original piece.  Plenty to think about there if you’re like me and pass your time conducting elementary psychological assessments.  But it’s nice to think you could always go back and change things or add a chapter that the first production didn’t quite reach.

Then check out the reprise that pops up at the very end of the album as a hidden track that extends from the last song, keeping the story going from “The Last Stop,” or perhaps adding another chapter to it.

I’m sure there are thousands of reprises on albums (Disney movies and musicals excluded – they pretty much all have them), and since I’m dedicating exactly 2 hours to thinking about this and writing it, I’m bound to fall short on my list.  I was just going to post “Sgt. Pepper…” by The Beatles, “What I Got” by Sublime, and I don’t know, close yours eyes and point to a Pink Floyd album to round it out.  But since I like to focus on new music here, we’ll look at a couple more recent uses of the reprise – by some artists I really enjoy – to close things out.