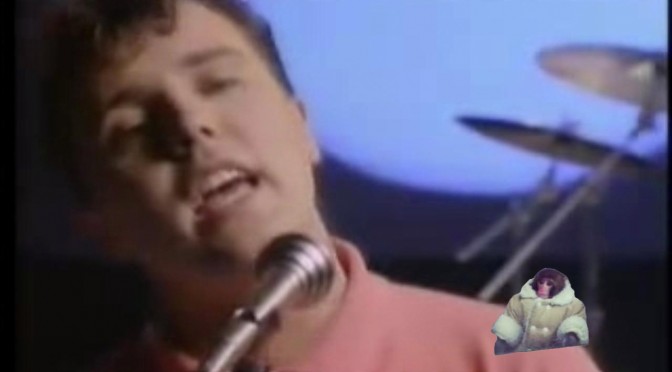 On a flight down to Austin, Massachusetts, this past Friday, I had the pleasure of having a screen in my face the entire flight, courtesy of JetBlue.  Since I’m a degenerate, I had my TV on the whole time, even when I didn’t have my headphones in and it wasn’t a sports show on the screen (a sign of a true loser).  At one point I looked up, and somehow I had some classic VH1 station on, showing an 80s music video that I just had to take another look at.

“Everybody Wants to Rule the World” by Tears for Fears is a song you probably know.  What’s it about? I don’t know, greed probably, read the stinkin’ song title.  What is it not about? Literally everything featured in this video.  I genuinely don’t want to spend another second here without getting to the video.  Debating whether to show the video first or break it down first…ehhhhhhhhhhhhhhhh let’s watch the video!  Then I’ll count down the best parts.

I’ve been debating for days how best to break this video down. Do I list my favorite moments? Do I write a stream-of-consciousness journal entry piece where you read all my reactions as they happen?  In the end (aka, 30 minutes before posting this) I decided to do the video the justice it deserved.  A story driven so heavily by its characters and their development should be analyzed in such a way.  So here are my five favorite characters or character groups from the video.

This category doesn’t include the lead singer – I just want to get that clear right off the bat.  Without nameless b-roll vehicle operators, this video would probably see significant improvement.  Why is there a plane? Did they pay someone to fly that plane, or did they steal this from another video? Did they spend all their video budget renting a plane, and that’s why the video is so disjointed and illogical? So many questions! So many plane shots! 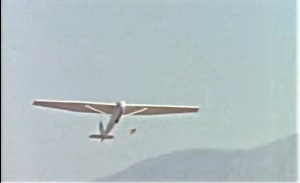 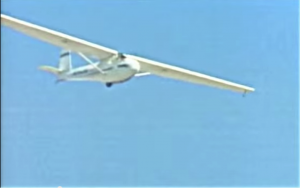 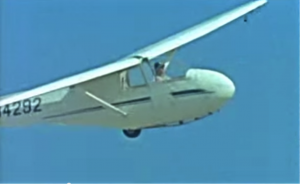 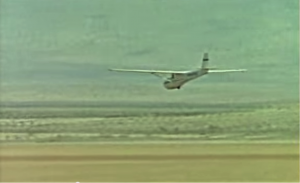 The next vehicle operator highlight comes just after the peak of the video (we’ll get to that part in a bit). 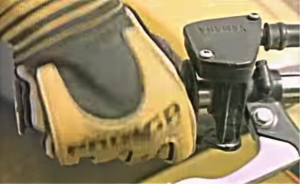 You see that visual and you think, “wait, that’s so random, why is someone starting a motor vehicle?” But then they start driving around, and you realize it was all just foreshadowing! It’s not just one person driving an ATV, it’s a bunch! What a world. Somehow I think that was all building up to this shot, which, like everything else I point out, will be of absolutely no consequence (note: screenshot intentionally terrifying). 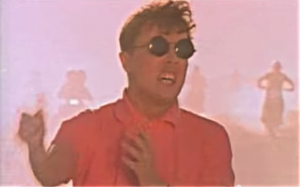 Through the course of the video you’re left wondering which of the human characters is actually going to rule the world? Clearly they all want to. Everybody wants to. But maybe we forgot about one story line. Maybe they’ll all be so contaminated by their lust for power they’ll wipe each other off the face of the earth, and only animals remain. Watch the throne, humans, otherwise you may lose it to… 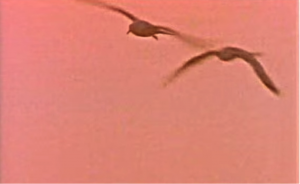 …or this diseased gas station puppy: 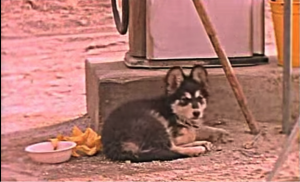 Never mind, humanity’s safe, minus all the climate stuff and the inevitability of our century’s Plague.

Curt Smith makes me wildly uncomfortable at points in this video.  Listen, I can’t explain emotion, people; if I could I’d have a lot more of life figured out.  What I do know is that this guy does like 20 things that make me feel weird during this video, and it’s one of those things where you hate it so much that you love it, like my Wednesday night local trivia host. Here’s what I’m talking about:

It starts with his silhouette in front of the sunset, literally holding his own hands while singing the words “holding hands”… 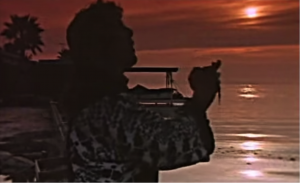 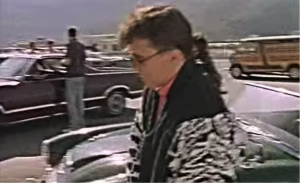 And now you know the guy’s up to no good. You know you can’t trust him. What’re you hiding, Curt Smith? At the 2:12 – 2:20 mark in the video, he reveals his true self. While staring into your soul, his voice drops like 49 octaves, revealing that he’s not Curt Smith at all but Ursula in disguise, and his rat tail possesses the power of Tracy Chapman’s voice.

There’s only one man who can take away his powers… 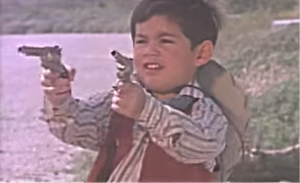 Do I even need to say anything about this stud?  We spend the first 26 seconds (that’s 9.6% of the video. NINE POINT SIX PERCENT!!!) watching him shuffle down to the sidewalk. “You wait,” the kid’s saying to us, “I’m worth it.” And guess what, he’s freakin’ right.  Kid’s just camping out there by the side of the road waiting to show Curt Smith his maker.

It looks like it’s just a cute little kid dressed up like a cowboy, Curt, but he’s cold-blooded!  And you think he just fake shoots you with his toy guns as you drive by, but those were REAL guns, Curt! And now you’re dead! And this kid rules the world! And you’re gonna sing a song about why this Kingslayer took you out and the rest of this video is actually just a dream sequence of the afterlife and now it makes sense why it’s so so so so so so so so so so so so weird.

You thought it was gonna be the two dancing dudes, didn’t you? Listen, I get why you’d pick the two dancing dudes. Really, I do.  But here’s the thing – by time you get to that point in the video, you’re basically expecting them. Not them, specifically, but some sequence that’s completely illogical.  And do these guys even want to rule the world? Of course not. They’re too busy squiggling around with their dying unmotivated puppy at the gas station, watching ATV drivers steal all their gas (and ice cream?) as they practice their steps.  I love the dancers as much as the next guy, but they’re not the best part of the video.

Wait, I take that back. I don’t love them as much as the next guy. Not if the next guy is…well… 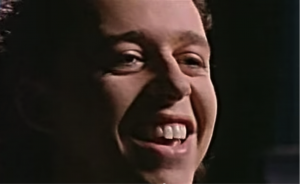 This man (okay, his name is Roland Orzabal) is a complete lunatic. I assume you noticed when he raised his eyebrows at the dudes dancing and thought, “that’s gonna be Mike’s favorite part.”  There’s really no other option.  Look at how passionate he is for other dudes dancing!

I have nothing but respect for the joy and creepiness Roland’s sharing with us throughout the video, from our first glimpse of him trying to act super casual… 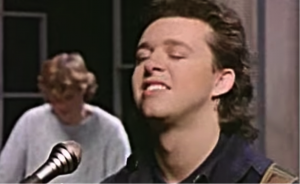 (God, he’s so casual) to him screaming at the top of his lungs… 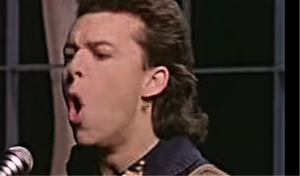 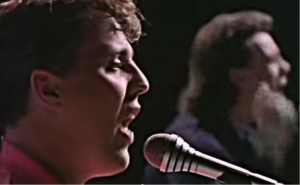 …to some more screaming… 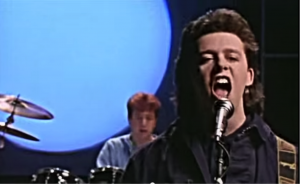 …and then some more screaming… 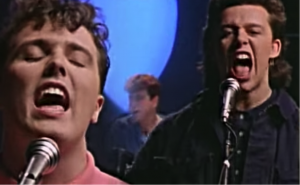 …to him totally calling the dummer hitting the cymbal during his guitar solo: 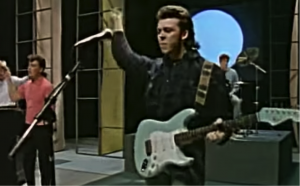 By the end of the video, sure, we think everyone (except dancing dudes and that overacting drummer) wants to rule the world, but we know who rules this video.
Happy Tunesday!