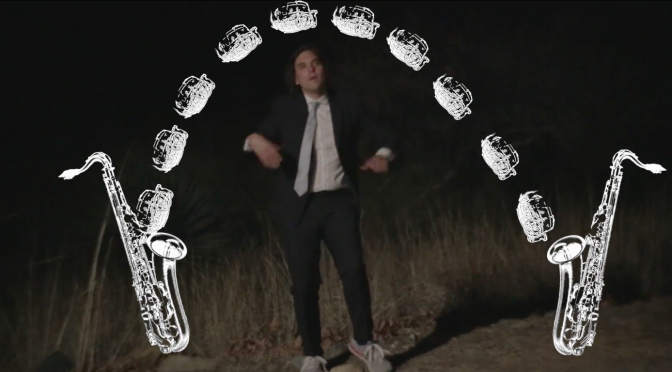 I don’t remember if it was NBC playing episodes over the summer or some TBS-like station syndicating them, but I distinctly remember Friends reruns being advertised as “if you haven’t seen them, they’re new to you!” way back in the land before DVR.  And that’s the approach I have taken to music discovery this year.  If I haven’t heard of them before, they’re new to me.  So let me introduce to you, my 10 favorite artist discoveries of the year so far.

A little peak behind the writer’s curtain here – labeling it as “discoveries” instead of “new artists” gives me some wiggle room. Some of these artists have a few albums under their belts already, but this year brought my first exposure to them.  You know who could take a note from this approach? The Grammys (click the words “The Grammys” to find out why I will roll my eyes every time someone mentions them…it…whatever pronoun works there).  So yeah, what I was trying to say is there’s a lot of awesome music out there already this year, and since we’re halfway to [List Topic] of the Year season, I figured I’d clue you in.  Here are ten of my favorite artist discoveries this year, not in order of preference, but in order of song aggression.  It’s my blog, I can list things however I want. And I’m going to gauge aggressiveness based on some things I’ve done in the past week of my life, just to keep things interesting. Let’s start with the most aggressive…

A quick reminder before we dive in – you can listen to everything I like from the year pretty freakin’ easily if you’re on Spotify. Just follow this playlist right over here.

We were in a Water War and she was an absolute animal, I have no regrets

You know I don’t listen to death metal, but I enjoy Tool, Nine Inch Nails, bands of that nature.  The furthest I’ve gone down that path was in high school when I bought a Linkin Park album. That album was trash, obviously, and it just took me three tries to not write “LinkedIn Park,” which would arguably be the most boring place on earth, but everyone would look really clever.

None of these artists, I can assure you, is LinkedIn Park. The first couple might rival the intensity of Linkin Park to some degree, but in a much less shrill and offensive manner.  Hold on to ya [ear]buds.

Give this one like 40 seconds to warm up, then you get one of my “song of the year” contenders…this whole Algiers album is pretty wild, but this is my highlight.

Alright, splash some ice water on your face and cool off for a minute. Okay now let’s dive right back in, wooooo!  If you know Run the Jewels (and you should really know Run the Jewels), you’ve already heard this next artist playing guitar on their last album (and you should really listen to their last album). He goes by Boots. He came out with a 6-track EP this year, with some very solid tunes, but this is the one you put on rotation and crank up before you eat a whole box of CHEEZ-ITs.

Alright, we’re getting a little calmer here.  This is probably a lot of people’s “new artist of the year” at this point because she’s pretty rad (if I can still use the word rad and people will understand).  I’m a fan, but not to the degree some others are, and to be honest I don’t really know what’s going on in this video I’m about to link to, but she’s Australian and maybe that’s cool there?

Wore a CM Punk T-Shirt to Work on a Tuesday (Strong, But Not Aggressive)

Do people know The Districts? I’m in the loop, but I never know what latches on with the kids and what I’m just out on an island listening to. Anyway, this is – start to finish – one of the better albums I’ve listened to this year.  There’s something raw about this track I really enjoy, and right at the 2:43 mark we really get going.

If you like bouncing up and down in your chair at work to piano tunes, let me tell you, you are in for a TREAT here. Somehow I think I’m one of like 18 people listening to Amason, and that’s stupid. Everyone should be listening to these guys; they’re an absolute blast.  This is the most I’ve gotten jacked up about someone slamming on their piano since Ben Folds did that live album where he starts off by singing about being Ben Folds playing live music.

I went in with the absolute lowest expectations, but it was quite pleasant

You guys know Win Butler, the main guy from Arcade Fire? Well this is Will. Will Butler. He’s also from Arcade Fire. And Will made some super catchy tunes this year and one phenomenal music video (below) showing how all humans should dance with the added danger of stones. When I saw Arcade Fire live way back in [summer before they won a Grammy and became one of the biggest bands in the world], I couldn’t stop watching Will on stage. He was a maniac.  I usually like to focus my attention on one lunatic in the crowd to watch, but Will overshadowed anything else that was going on during that show and played like 14 instruments in the process. So when I saw he had an album coming out this year, I had to check it out, and this song alone made it worth my time.

Want to know a fun game? When someone on the internet recommends something, you go try it.  For example The Family Crest, which produced my favorite song and album of 2014, was like, “hey, we knows some guys, they made an album, and we like it…go listen.” And I did. And I thought…yeah, okay, not bad.  Then I paid attention when I listened and thought…YEAH! OKAY! NOT BAD. I also really like how these guys just got a warehouse and an IKEA gift card and like a million light switches and told their manager they were all set for their new music video.  But really, this album is a very pleasant listen, and if you like this one you’ll like a buncha songs from it.

Fell Asleep on the Beach Listening to an NBA Podcast (Peak Mellow, Bruh)

These songs aren’t sleepers, but man, that’s just the high point of calm right there

People are all chattin’ up Rhiannon Giddens, and yeah, she’s great, keep chattin’ her up. But chat her up for this song, too. It’s simple and beautiful, and I know I’ve said this before about other songs, but it makes me want to sit on a back porch overlooking the Mississippi in my rocking chair with one shoulder strap of my overalls still latched on over my flannel shirt and my moonshine bottle just near enough to be called empty at my side. Dinner’s almost ready. Apple pie’s in the window. Rhiannon Giddens is singing this song with a couple of her friends right across the porch from me.

There are some underspoken string arrangements in the background, but for the most part Tobias Jesso, Jr., wants to use his piano and his Jesse Eisenberg haircut and tell you about his girl, Marianne.  This is the absolute opposite end of the spectrum from Algiers, but it’s a really pretty song, and I really hope it’s alright for a dude to say that about another dude because I did, and I’d do it again. Pretty.