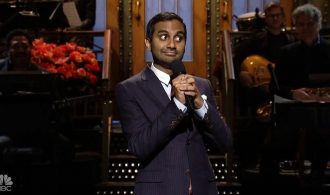 I guess it’s time for me to write something about “politics,” which is neither something I am qualified to write about nor something I ever desired to write about nor something I am comfortable writing about.  As I’m sure most of you can relate, I have too many thoughts to keep track of these days, and I sparingly cast my outrage on social media (but only when my outrage hits critical mass).  I’ve been waiting for the moment when my mind reaches one strong, coherent [Eureka!] moment of clarity that I can write down into a pieces that reaches through to everyone and doesn’t condescend or alienate but strengthens our resolve and our will to be better than what we currently are as human beings. That statement hasn’t come yet, so I’m going to just try harder to look at the little things, and my hope is that this makes a difference, in some way, to whatever number of people both care to read this and care to try to be better. The little things matter, after all.

Sunday morning I woke up and saw that Aziz Ansari had hosted Saturday Night Live just a few hours prior. I don’t know how I missed the notification that he was hosting, but I was under the weather all weekend and wouldn’t have stayed up for it anyway.  I watched his monologue, which was excellent and full of smart and important points (as I have come to expect from Aziz).  Weirdly enough the part that stuck the most for me was music-related (kind of) – it was the Chris Brown comment. It starts around the 1:23 mark below, but you should watch the whole monologue because Aziz is both very funny and one of our country’s most important voices:

So, this doesn’t seem that important when you watch it, but to me it’s an incredibly interesting topic (and admittedly, one I do not have answers to, just thoughts and preachy advice).  I ran into this discussion recently with a friend, and we were talking about athletes’ personal lives and how that impacts the ability to cheer for them. In this particular case, it was about the Patriots and their ties to this thing we have parading around as our President. It’s a conflict I have a tough time with, during a season where I have greatly distanced myself from the NFL already. How can I root for the success of men who know and support someone who, to me, embodies and provokes hatred and so many other horrible qualities of man? I don’t know. It’s a tough debate, and it’s one I’d like to dig into more some other time, but it’s just the example to support the greater point here.

The point is that accountability is completely subjective. And being inconsistent in your calls for accountability creates an easy opportunity for others to poke holes in your arguments. Whether or not you should hold someone accountable for an action and what consequences come from being “accountable” are up to the individual. When it’s convenient for us to dismiss the actions of an individual (they play for your favorite sports team, they’re on your favorite TV show, they make great music, they’re funny, they’re attractive, etc.), we just go ahead and do that. Universal rules of accountability, outside the law, do not exist (sorry, sacred religious texts, but you don’t all agree anyway).  And so it’s up to us as individuals to establish those rules and to employ them universally, not simply when it is convenient for our beliefs and makes our lives easier.

I’ll give you some examples…

We’re in a complicated time for “reality,” and one of the sources for that is our inability to be consistent in the story we tell ourselves. “One thing is bad when it fits my narrative, but I’ll overlook it when it doesn’t.” That’s our current mindset, I fear, and it’s a dangerous one.

Are you a hypocrite if you fall into one of these categories? I guess so, but who isn’t? Being a hypocrite doesn’t mean everything you say is invalid, it just means you have a way to go if you want everything you say to be taken seriously.  I am absolutely not without hypocrisy myself and am painfully aware of my shortcomings and missteps, but I want the movement that awaits this country to be better than me. I want it to succeed in making us better as a whole, and that begins with individuals and their actions. If you expect every politician you disagree with to be held accountable for their words and their actions, you must also hold those standards for other celebrities and news figures. Otherwise, who’s going to listen to you? Who’s going to take you seriously? Inconsistency is perhaps the easiest point to argue against.

It begins with holding ourselves to standards of consistency, holding others to standards of accountability, and doing so not just because it is convenient to the truths we wish to believe and those we wish to ignore but doing so because it is right. If you are making an argument, if you are standing for something, do not make it easy for doubters to doubt you. Stand for what you stand for, and stand against what you stand against, no matter how painful and inconvenient that may be. It is better to compromise your entertainment sources than to compromise your beliefs.