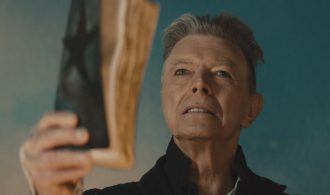 The GRAMMYS are a joke. Everyone needs to know that. The awards themselves are not a serious thing that anyone takes seriously. But, y’know, in between the performances at Sunday night’s marquee music event, there will be some things handed out on stage, and if you’re already watching for the good stuff, you might as well know what to do with yourself during the rest of the show. I know you’ll be on your phone, laptop, tablet, and 4 other devices, but just in case you’re one of the people that doesn’t want to treat the awards themselves like commercial breaks, here’s my advice to you. Find some folks to root for.

It’s not that hard to find people to root for. You can go into my Top 100 Songs of 2016 list and check out a bunch of the artists who are nominated. I’m going to talk about a few of those artists here, and I’m also going to talk about some other artists, and I am 100% going to get in as many knocks on the GRAMMYS as I can in the process of doing so. So here’s what this is. This is a list – in order from top to bottom – of who I will be rooting for this Sunday. I would also recommend rooting for these people, but you can root for other people if you like other people better. I’m not right, and you’re not wrong, but you should probably assume that I’m righter than you and will, therefore, be less wrong than you.

Tough to root for multiple artists in the same category, so I left off some folks that I think are swell (Adele, Radiohead, Andrew Bird, Parquet Courts, etc.) because I would much rather someone else in their categories win. Let’s do this.

Early in 2016, David Bowie released “Blackstar” – a 7-song masterpiece. The first time I heard it, I thought, “Wow, Bowie’s still got it!” then I shelved it for a second-listen at some later point in time. And then David Bowie died. And it hurt. It hurt a lot. It’s Bowie and Robin Williams, for me, if I’m measuring celebrity deaths that actually caused me to feel like I lost a piece of myself. I watched his video for “Lazarus,” now knowing that he made this music video, this song, this album, as a goodbye to the world, and I completely lost myself. That doesn’t happen often, and admitting it happens even less, but it did, and I am. And then the world fell apart and keeps falling apart, and it all goes back to that moment for me. That’s when it started.

To put together a beautiful collection of music is one thing. To orchestrate his farewell so he only saw the tip of the iceberg of how this album touched his fans was incredible to me. To care so little about knowing the results and so much about making an impact. What a way to live. What a way to die.

“Blackstar” was musically one of my favorite albums of 2016. But it was, impactfully, one of the biggest albums of my life. I wish it was nominated for everything. It deserves to be.

What in God’s name is the “Best Urban Contemporary” genre? Best music by black people that we can’t really categorize as “rap” or “R&B”? My God, GRAMMYS.

Anderson (that dot before my last name is not a typo) .Paak, I would say easily released a Top Ten caliber album in 2016 in Malibu, featuring a handful of jams, unique raspy vocals, and a sound of his own, led by him literally playing the drums at his own shows while he sings. Also, he’s pretty jacked, and I like to try not to be on the wrong side of people who are pretty jacked.

I did not listen to this album. I saw Patton live once, and he wasn’t as good as I expected, but still pretty good. Why am I saying you should root for him, then?

Patton’s wife tragically and suddenly passed away in her sleep last April. Patton is, historically, an incredibly funny guy who is a different kind of funny because he’s nerd-funny, and also nice-guy funny. He’s also incredibly outspoken in the political space, so, given how politics and comedian typically mix, you can figure out how he’s feeling in that regards. Tig Notaro, I know, has her own life obstacles and is super funny. David Cross, I know, has his own hair follicle obstacles and is super funny. I like these people, but Patton has a story right this second.  I’m rooting for Patton because I really like Patton, and he’s typically a pretty darn funny dude who had a crappy year.

Ring another one up for the urban contemps, y’all. I went to see Gallant last year, too, and he puts on a pretty fantastic live show, which you probably don’t care about on its face, but when you listen to this dude’s falsetto it seems borderline miraculous that he can keep it up for more than 12 seconds at a time, never mind an entire concert and an entire tour of concerts.

Also, Gallant recently sent out an email to his fans saying a) he’s opening for John Legend on his summer tour (so make sure you get there on time, folks), and b) if you want, he’ll give you a call personally to say thanks. I submitted my number. Talk soon, G.

Beyonce has never won Album of the Year before. The real music-listening community (not the people who pick the GRAMMY nominees) gave her Lemonade album a ton of praise. I thought it was good. It didn’t change my life. There are some jams, and for some reason everyone is in love with “Formation,” which I don’t really get, but it’s a good enough album for me to say, sure, that could be Album of the Year.

Here’s why I’m saying “root for Beyonce,” in a nutshell.  Most of the pop music that is dominating the GRAMMYS’ top categories this year is not interesting – it’s just there because they’re big names and the GRAMMYS want their awards to be accessible to the everyday person (the anti-Oscars). Adele had “Hello” but an otherwise underwhelming album. Bieber had a couple good songs himself, but the same overall album quality issue as Adele. Drake genuinely did nothing interesting, which is classic Drake. Those tend to be Bey’s biggest competitors, and when you put it like that, there’s absolutely no question that she made exponentially better music than her competitors in 2016. I want her to win a ton, but Album of the Year would also be pretty cool if it didn’t go to any of those aforementioned pop icons.

One of my old bosses (this man) and I had a pretty interesting music connection. It wasn’t that we saw eye-to-eye on every musician, it was more that we had different views, and when those views aligned it was a confirmation of how good the music was. Sturgill was one of those artists, when his debut album came out a few years ago, and he continues to be. I got the chance to see him at Brighton Music Hall on that tour, which will be the smallest venue I ever have the chance to see him at again.

Sturgill made, what a lot of progressive music listeners thought, was a great album this year. Personally, it was just okay for me, but more because I loved his last album so much and it was hard to live up to.  Even still, there are a few good, even great, tracks, and the fact that he’s nominated for Album of the Year suddenly makes that category exciting instead of just being a celebration of some pop icon who is already wealthy beyond imagination.

In my opinion, Sia made the absolute best pop album this year. “Cheap Thrills,” “House on Fire,” and “Bird Set Free” were all either on my Top 100 Songs of 2016 or strong contenders for it.  I think Sia’s sound may not differentiate themselves from one another very well, and obviously people are going to be mad that she’s weird because people need things to get mad about, and it’s easier to just react to a visual and get mad than it is to actually use your brain. Man, that wasn’t what I planned to write here. Alright, well, Sia made a bunch of great tunes last year, made an album that I think should be nominated for Album of the Year (and may even be in contention for my own such award), and she deserves to clean up on the minimal categories in which she’s nominated.

What the GRAMMYS did to Solange this year is a crime. Not just in that she was under-nominated while music critics all sung her praise, but the drama they could have created through Solange being nominated for Album of the Year is an all-time missed opportunity. Sister vs. Sister. Solange vs. Beyonce. This is the showdown we deserved, and instead we have Drake and Justin Bieber in Solange’s slot. You stupid, stupid GRAMMY-nominating idiots.

Rhiannon Giddens has a voice and a style that I would expect to hear walking through Frontierland at Disney World. That’s really all you need to know, she’s great.

My friend Brendan introduced me to The Record Company last year. I liked what I heard, and I like Brendan, and I think he’d be happy if they won. Maybe only for like, 3 seconds, but really any time you can root for your friend to be happy, you gotta do that.

Listen, I’m going to skip past the Kanye drama crap here and just square right up to the point. Kanye West is probably one of my Top Ten all-time musicians. Kanye West put out two of the 10 best songs that came out in 2016, both nominated for Best Rap Song.  I will root for other people to win, but if I’m looking strictly at quality, I have to at least acknowledge that it’d be kinda neat if my #1 song of 2016 won a GRAMMY.

Really kicking myself that I didn’t know Brad Mehldau came out with an album this year, but obviously I’m listening to it right now. Anyway, Mehldau’s 2010 album “Highway Rider” is a go-to rainy day album (both literal rainy days and figurative rainy days), and I will support him to the ends of the GRAMMYS for that alone.

I want Jack White to win an award in every single category of the GRAMMYs. He has a long way to go, but there aren’t exactly a ton of people who can stretch as far as he does.  I think he also gets a piece of the pie if Beyonce wins best album, but like, that’s kind of a stretch probably. Whatever, just more reason to root for Bey.

Category: Producer of the Year

Again, pretty phenomenal how pop-hit-centric this category’s options are, but this dude producer Adele’s “Hello” and Sia’s “Cheap Thrills,” and I’m sorry but the combined success of “Hello” for the public enjoyment and “Cheap Thrills” for my dance game is pretty unstoppable. The people want Greg!!