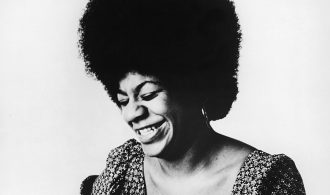 Everyone has an instrument that escalates music for them. Upbeat people have the horns. Ragers have the guitar. George W. Bush has the drums. Hopeless romantics have the violin. Whatever it is that triggers that escalation is different from person-to-person. But how about backup vocals?

I’m not going to debate whether or not vocals are instruments because I’m not a dumb idiot and because this is blog post, aka one-way communication, aka you get no say in this. They are. And when they complement the lead singer or squeeze into other parts of the song that could have lacked personality, they can add a wrinkle to a song that doesn’t just change it, but creates a whole new dimension.

Merry Clayton created this dimension once. Her friend, a producer named Jack Nitzsche, called her up in the middle of the night and convinced her (or convinced her husband to convince her) to jump out of bed, pregnant and all, and come down to the studio to lay down some vocals for “some guys from England.” Pregnant Merry Clayton, fresh out of bed with curlers in her hair, went into that studio and recorded what I consider to be the greatest vocals ever captured.

I just learned this story recently, which is why I bring it up now, nearly half a century later. The full story, which you can – and should – read here, is incredible and heart-breaking. But from this clip below, it looks like Merry has gotten past the heartbreak and is able to enjoy the beauty of what she created that night. One of my all-time favorites, “Gimme Shelter” by the Rolling Stones.