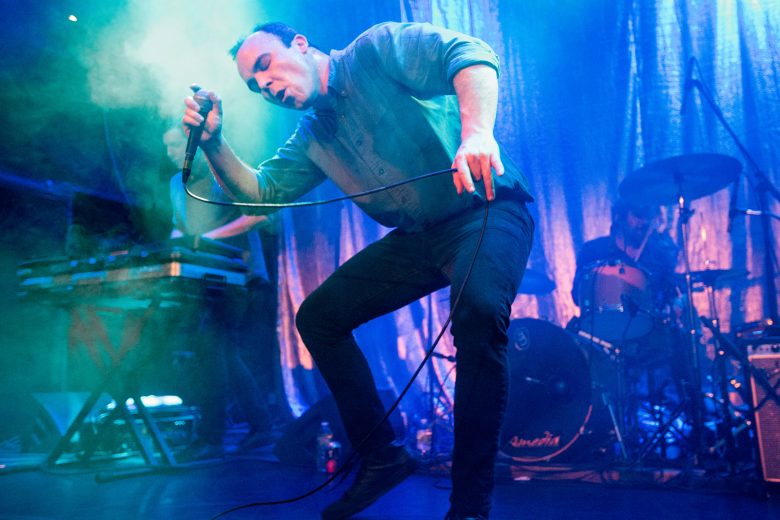 I do an annual Top Songs of the Year post here. It. Is. Tedious. But it’s worth it for me. I like sharing what I’m listening to, and I’ve been trying to do so more frequently with the temporarily-paused “Intro Track” series I started earlier this year. It was temporarily paused (here’s where the intro really starts) because I wanted to piece together a compilation of my favorite things I’ve listened to so far this year. I haven’t listened to everything I wanted to yet – not by a long shot – but I’ve put enough through my earholes to make some recommendations, broken into some categories that you want and some categories I don’t care if you want or not.

Let’s get moving, this intro is a waste of everyone’s time.

As of this writing, I have 2,293 songs – 154+ hours – from 2017 in my queue. If I’m lucky, I’ll get through half of that before starting my Top Songs of 2017 list. I have 13 freakin’ new albums I know I want to listen to coming out today alone – like, not including artists I don’t yet know. I’m in deep poopy. So my sincerest apologies to [Mike to fill in, January 2018] for not getting around to you. But we’re hitting one of the busiest times for new music to drop, so I wanted to get you caught up.

I’m not going to do this “reverse order will get people to scroll all the way to the bottom” crap – the best stuff is first, the least important stuff is last. And if something appears in a category, I disqualify it from contention for another, less important category. For example, Greta Van Fleet has one of the best songs I’ve heard from a New Artist this year, and I hold that category over Best Rock Song, so they only appear in that first category. Ya dig?

All I’m going to do here is drop in Spotify playlists for each category. I just can’t imagine you sitting there with a link to a song on your screen, stopping yourself from listening because you want to read my thoughts first. Make up your own dang mind. I already made up mine – that’s how the songs got on these lists to begin with. I like them. Heck, capital L that “like” if you want.

Oh, and the songs are not in any order; they’re my “contenders.” If you want to listen to every song I like from this year so far, there’s a playlist for that. With that I say, happy listening, folks.

Song of the Year

Song by a New Artist

Artist That’s New to Me